The brief that got everything started.

The management at St Luke’s Private Hospital began working with us, as a major step towards their goal of revitalising the hospital’s image. It’s been a successful and respected establishment in the health industry and public domain, for many decades. 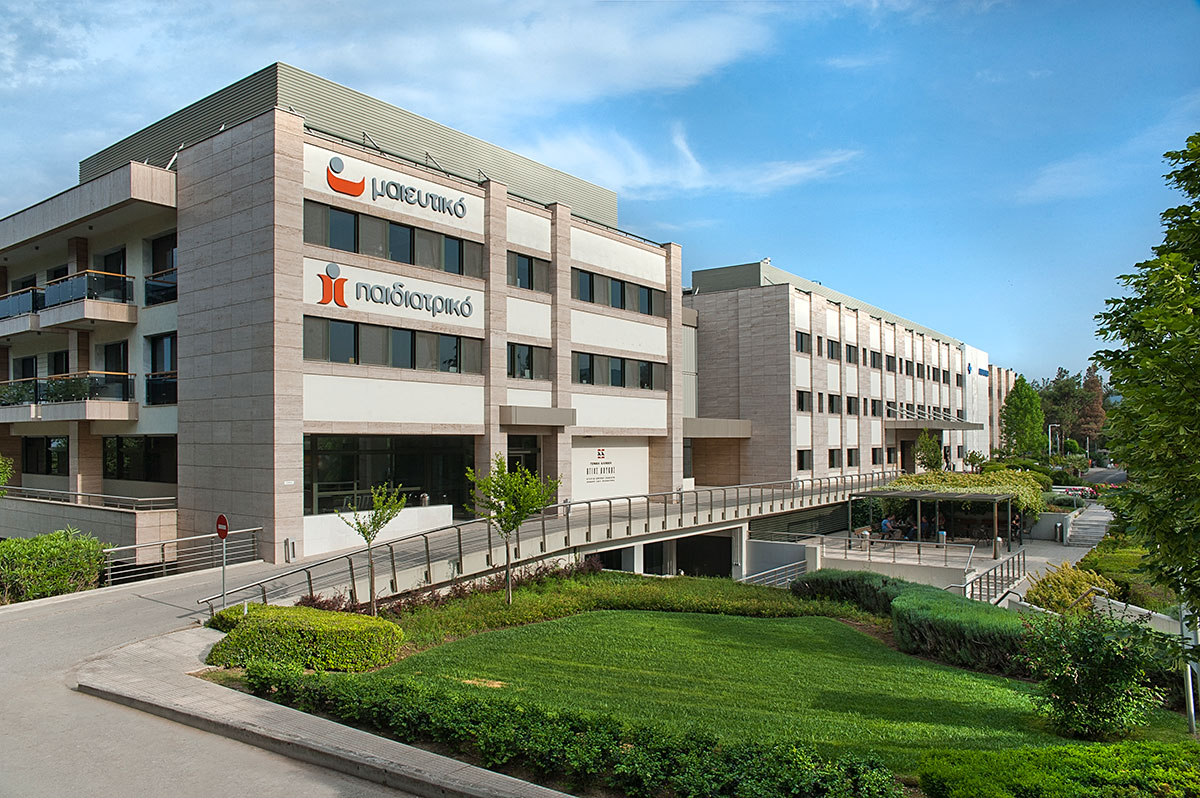 What we did to turn the project into a success.

The brand's personality is professional but gentle, kind and caring, and their main strategic message is that they serve humanity with respect, integrity and great responsibility. So, our primary goal was to let their essence shine through our work, while giving them a fresh aesthetic boost.

The modernisation of its 35-year-old trademark had to be discreet. The redesign of the logo was an enormous and the venture risky. They wanted a logo design that expressed little change, whilst demanding a contemporary look aesthetically pleasing to the eye.

Oh, how we love these brainteasers!

We subtly redesigned the heart of the well-established symbol by updating the font style, enhancing the colours and correcting its structure. There were so many interventions to produce so little change, which was a fundamental for the logo’s revitalised look.

Likewise, we designed the rest of the brand's visual identity. And, complying with the Hospital’s philosophy, we used verses from Apostle Paul's Hymn to Love (A’ Epistle to the Corinthians): "Now remaineth Faith, Hope, Love, these three; but the greatest among them is Love" ("Νυνί δε μένει Πίστις, Έλπίς, Αγάπη, τα τρία ταύτα μείζων δε τούτων η Αγάπη"). 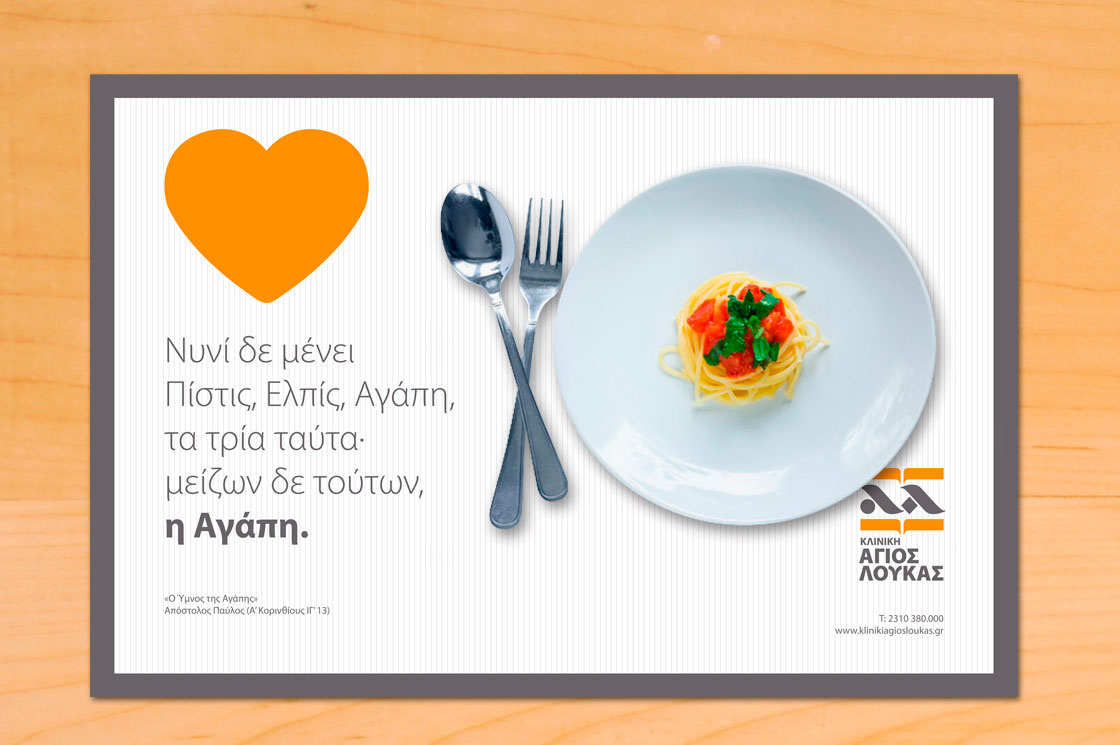 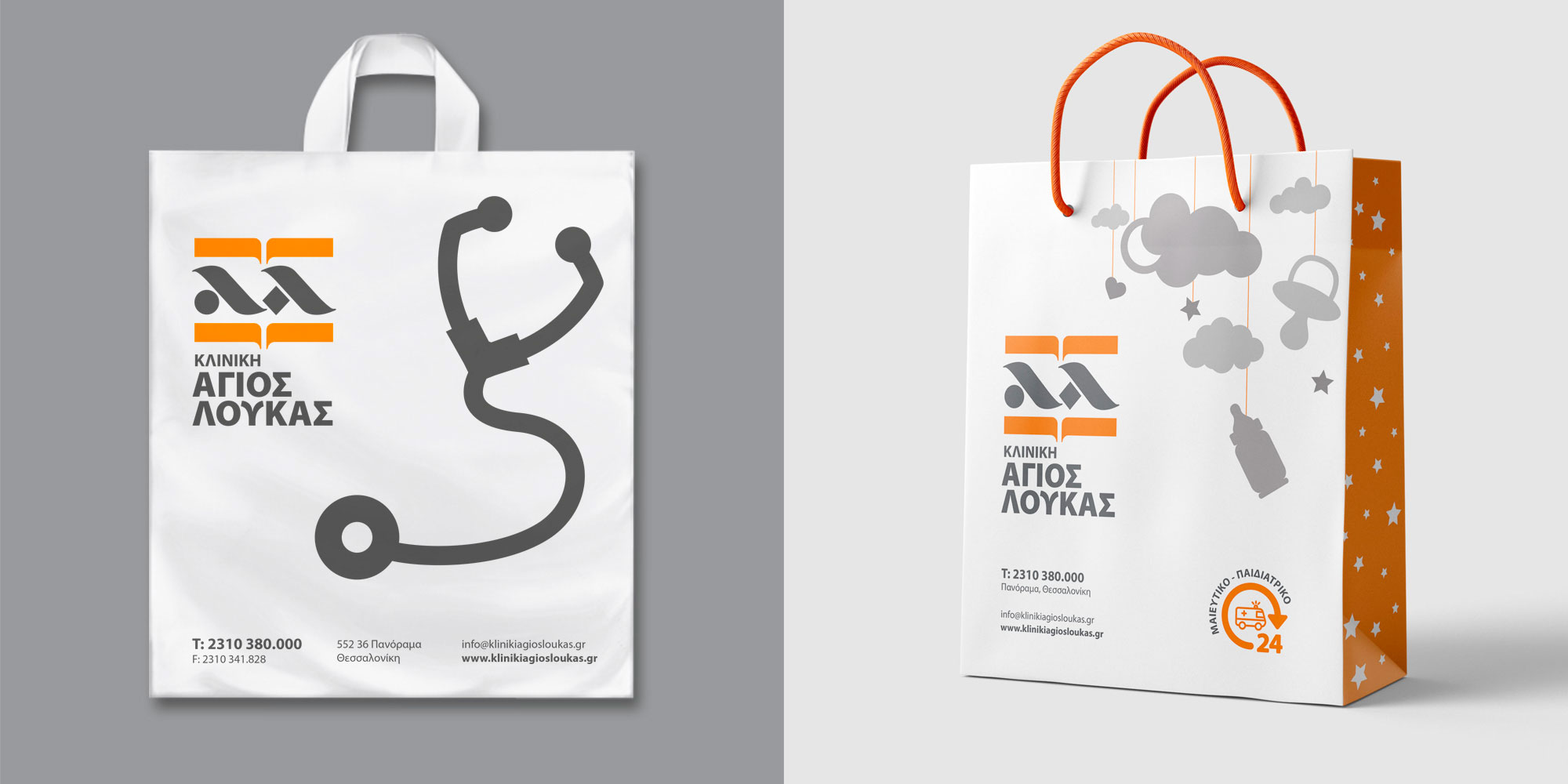 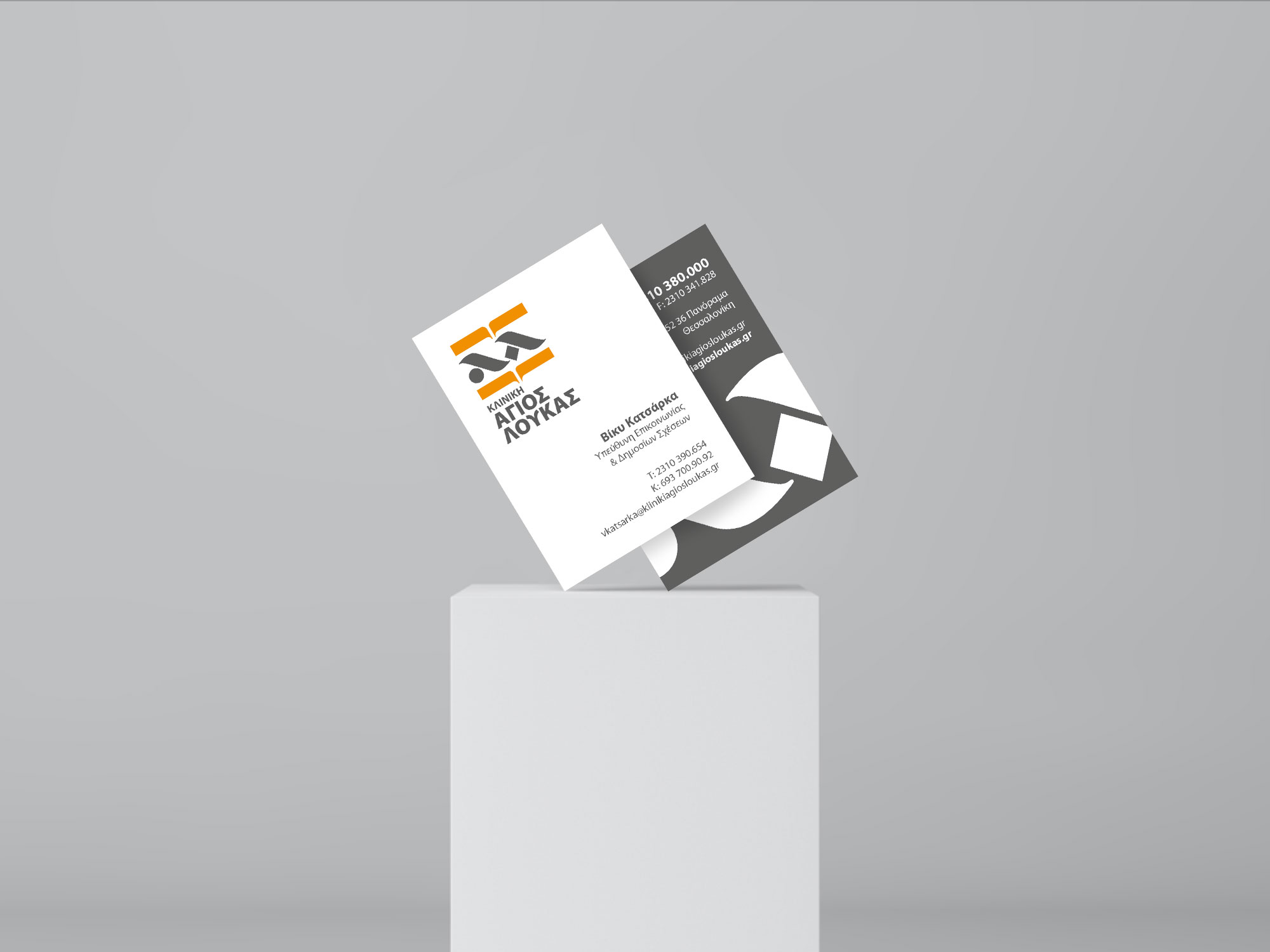 Next in the rebranding process was the hospital magazine called Our News. It’s a quarterly magazine that publishes social and scientific articles, as well as achievements and snapshots of corporate events. It is an important communication channel that extends to patients and visitors. The previous design was somewhat dated, so we set our creative juices flowing! 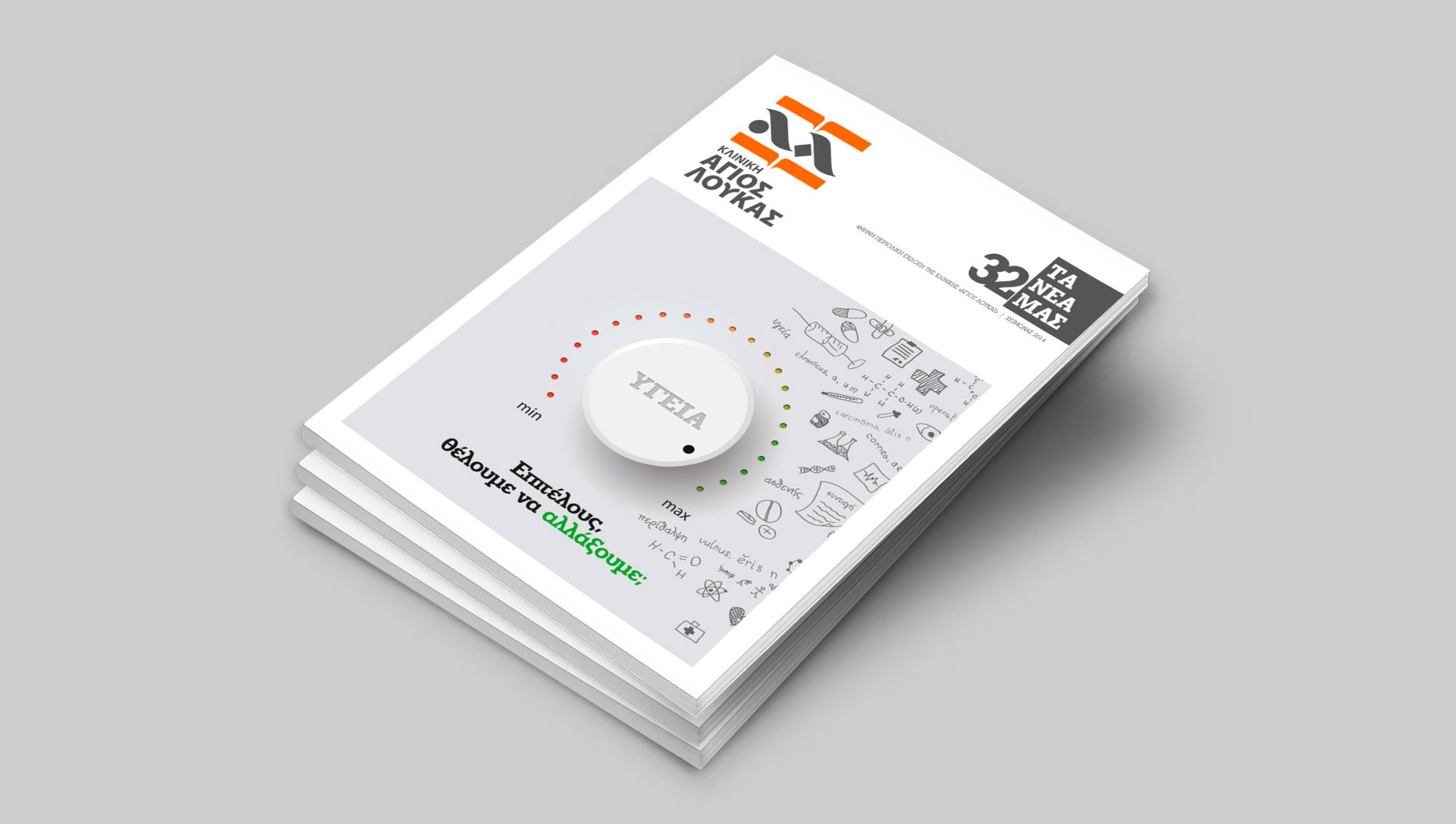 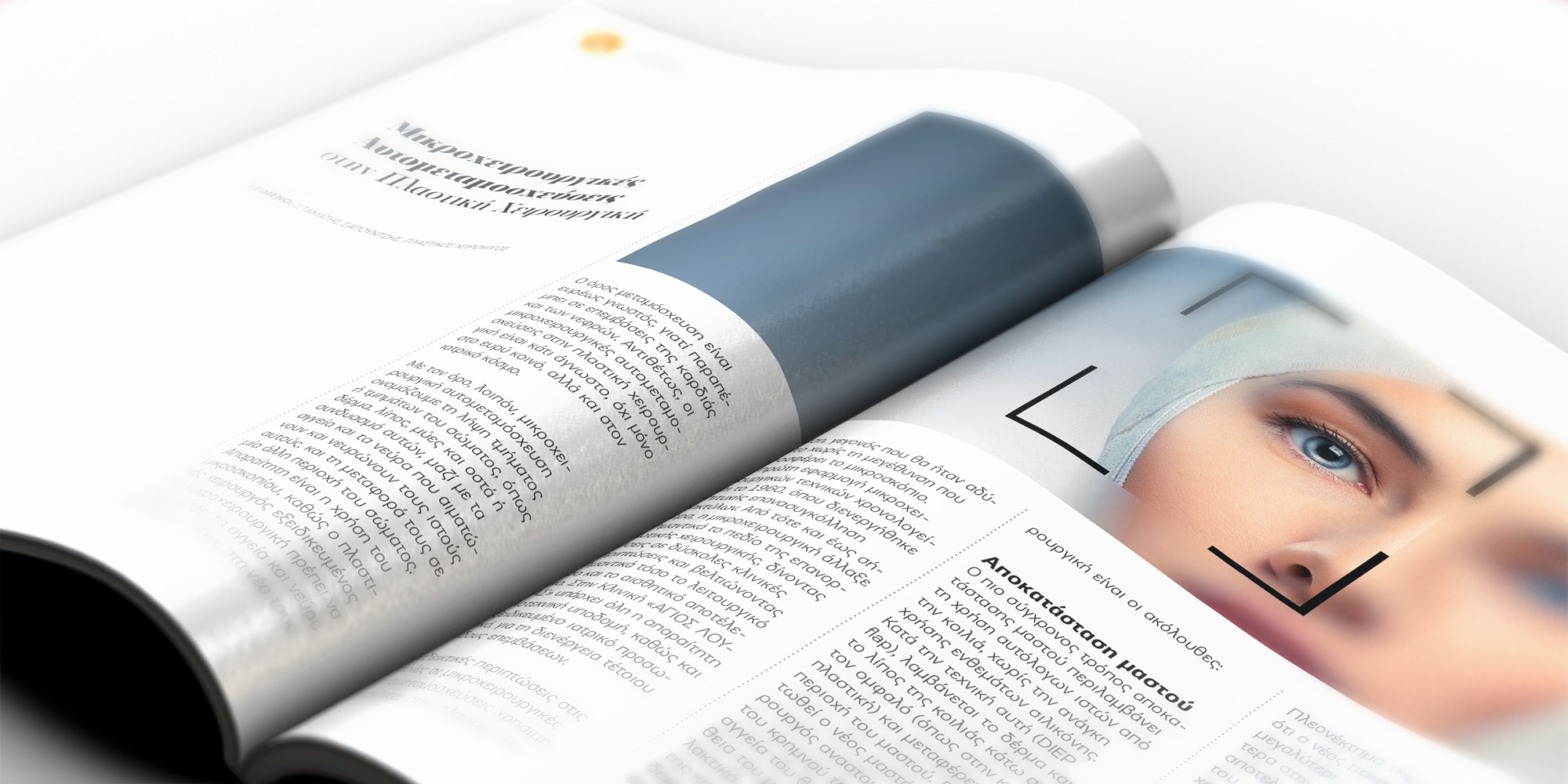 We also upgraded the brochures across all departments. Now, the brochures look truly slick and elegant with the new tall and thin design with three folds using heavy paper. 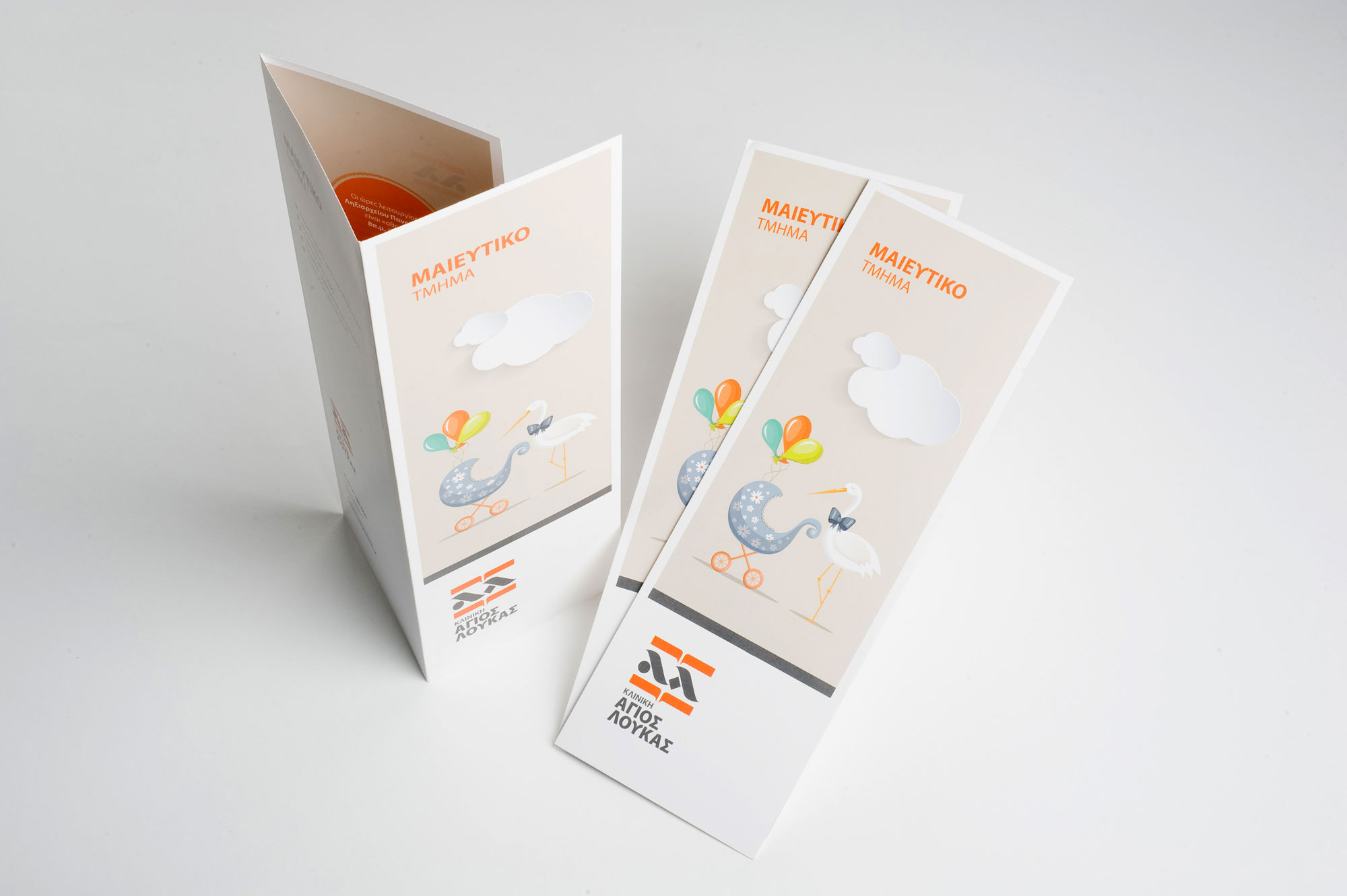 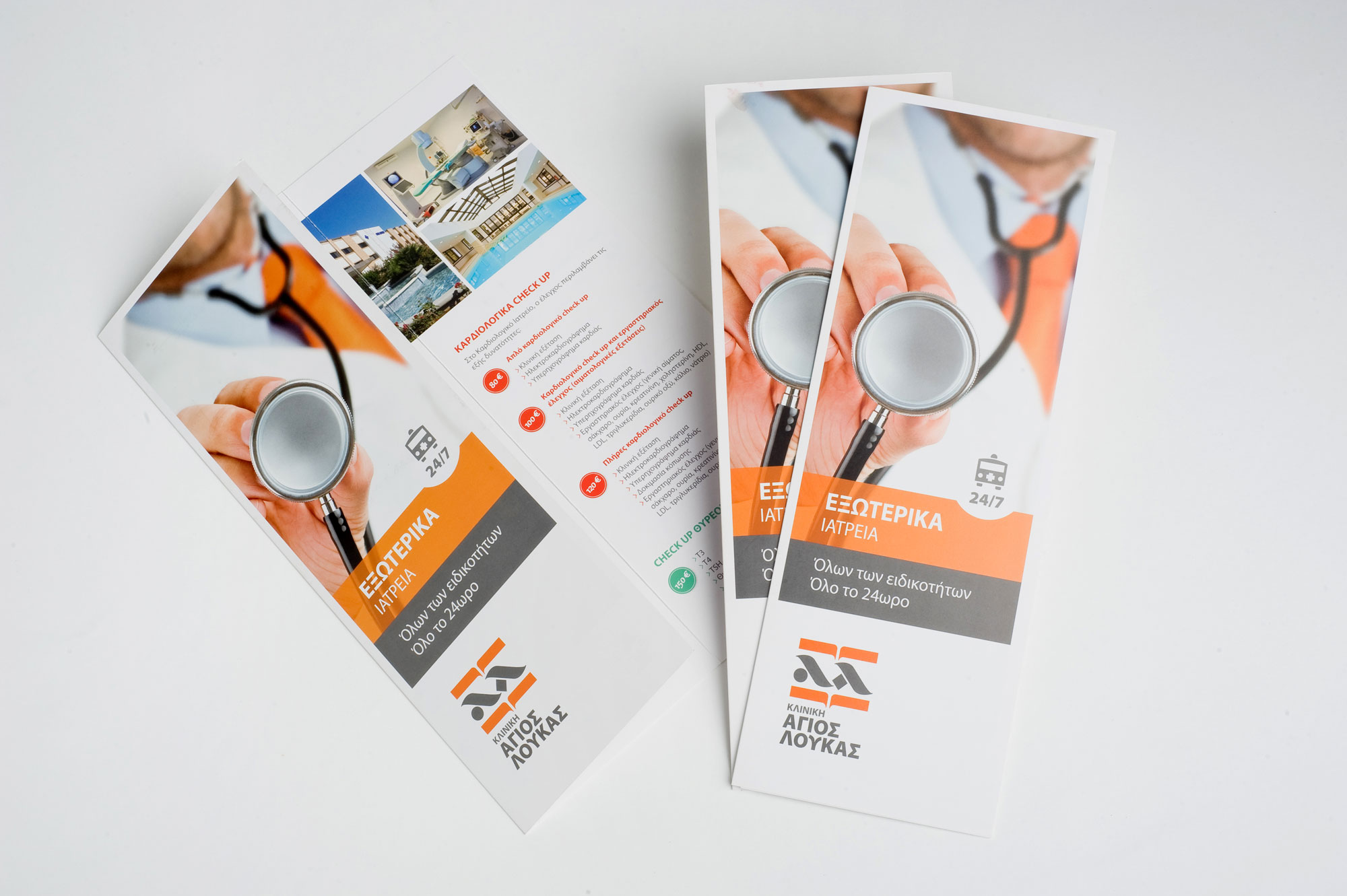 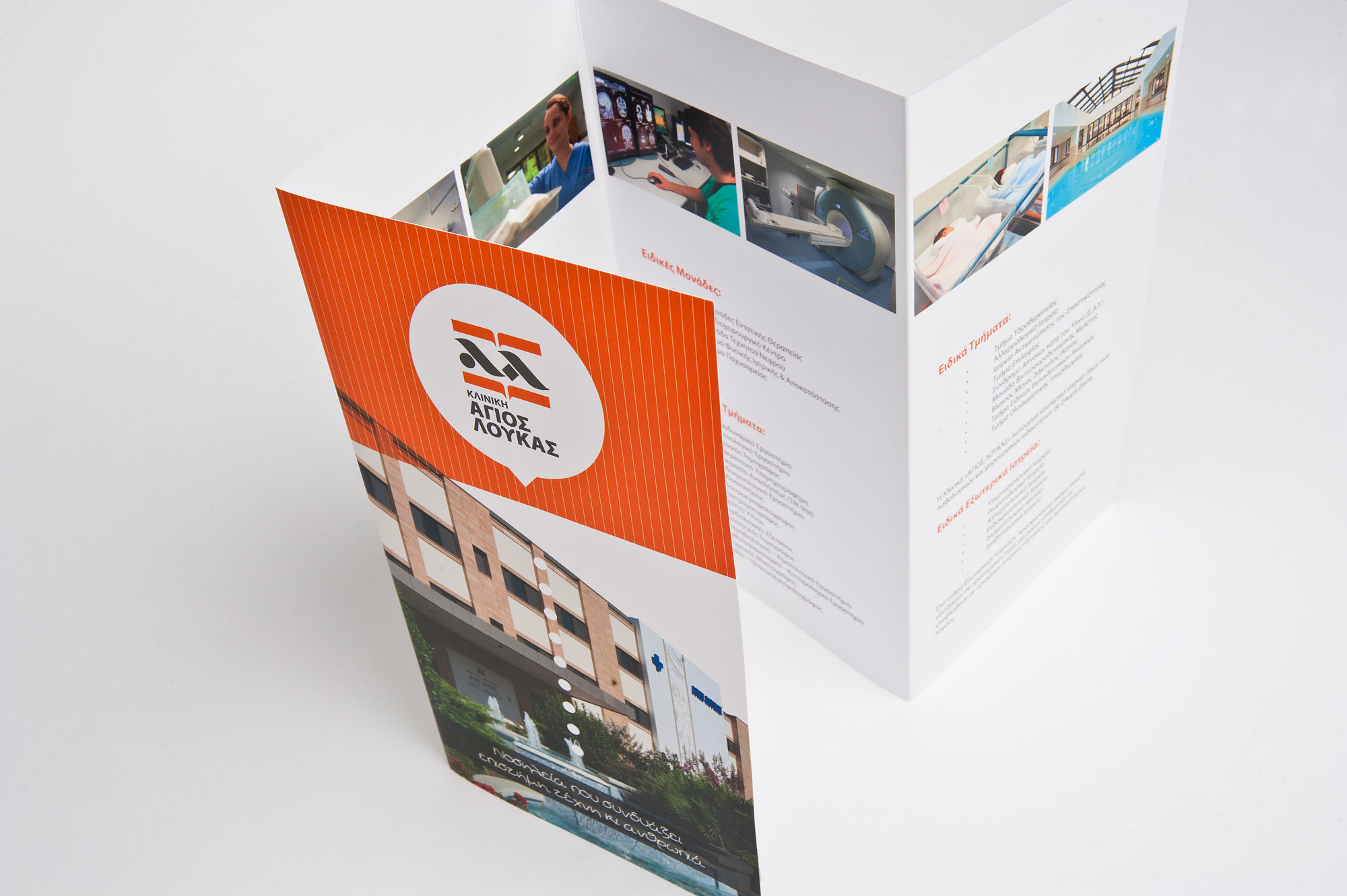 Certainly, the website couldn’t have been left out of this wave of revitalisation. Full of information, in 7 different languages, we made sure it would be as functional and operational as possible, both for visitors as well as the Hospital’s management. (visit website) 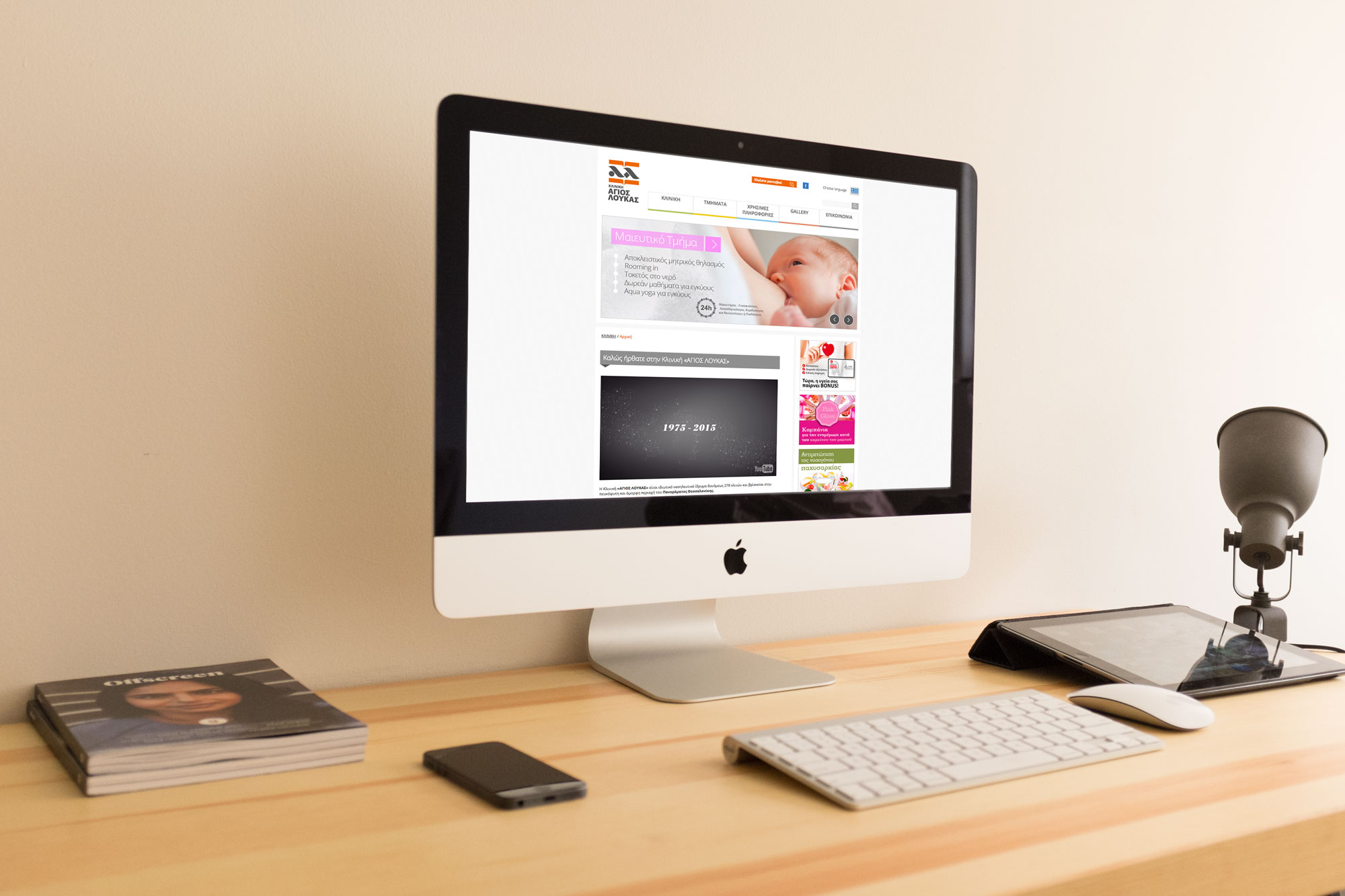 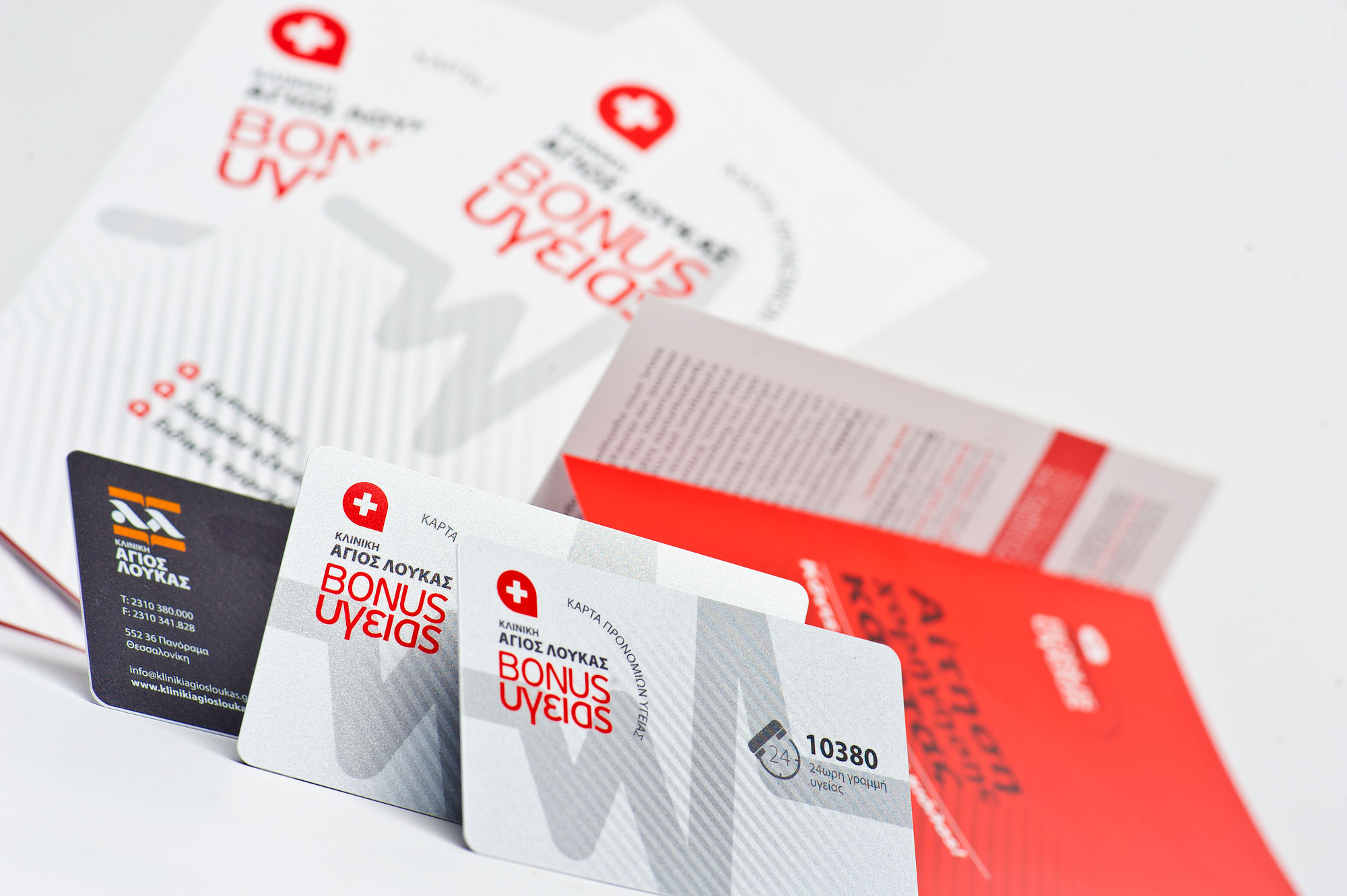 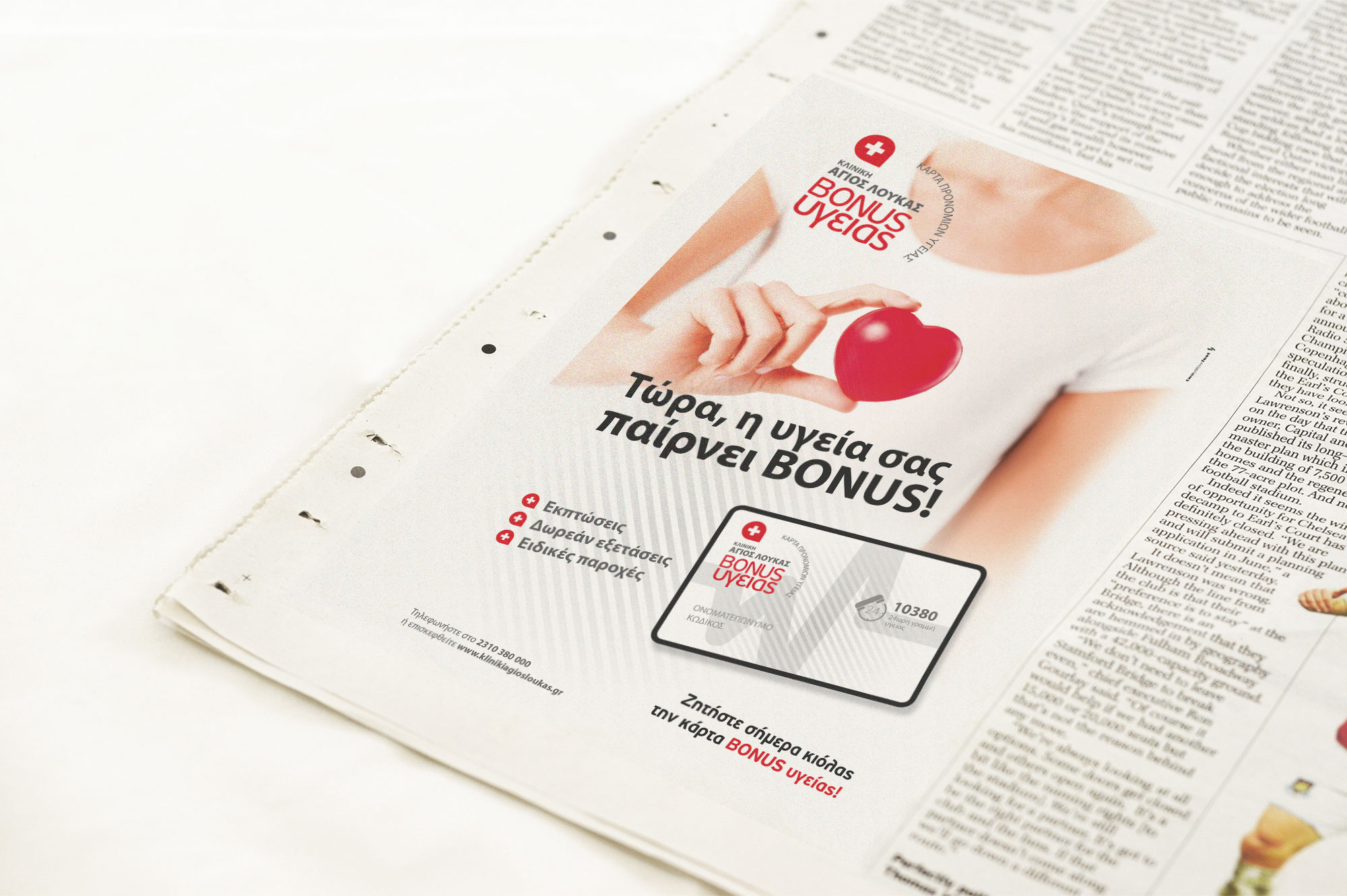 At some point of our ongoing collaboration, the Hospital celebrated its 40th anniversary. We turned that into a public celebration campaign. 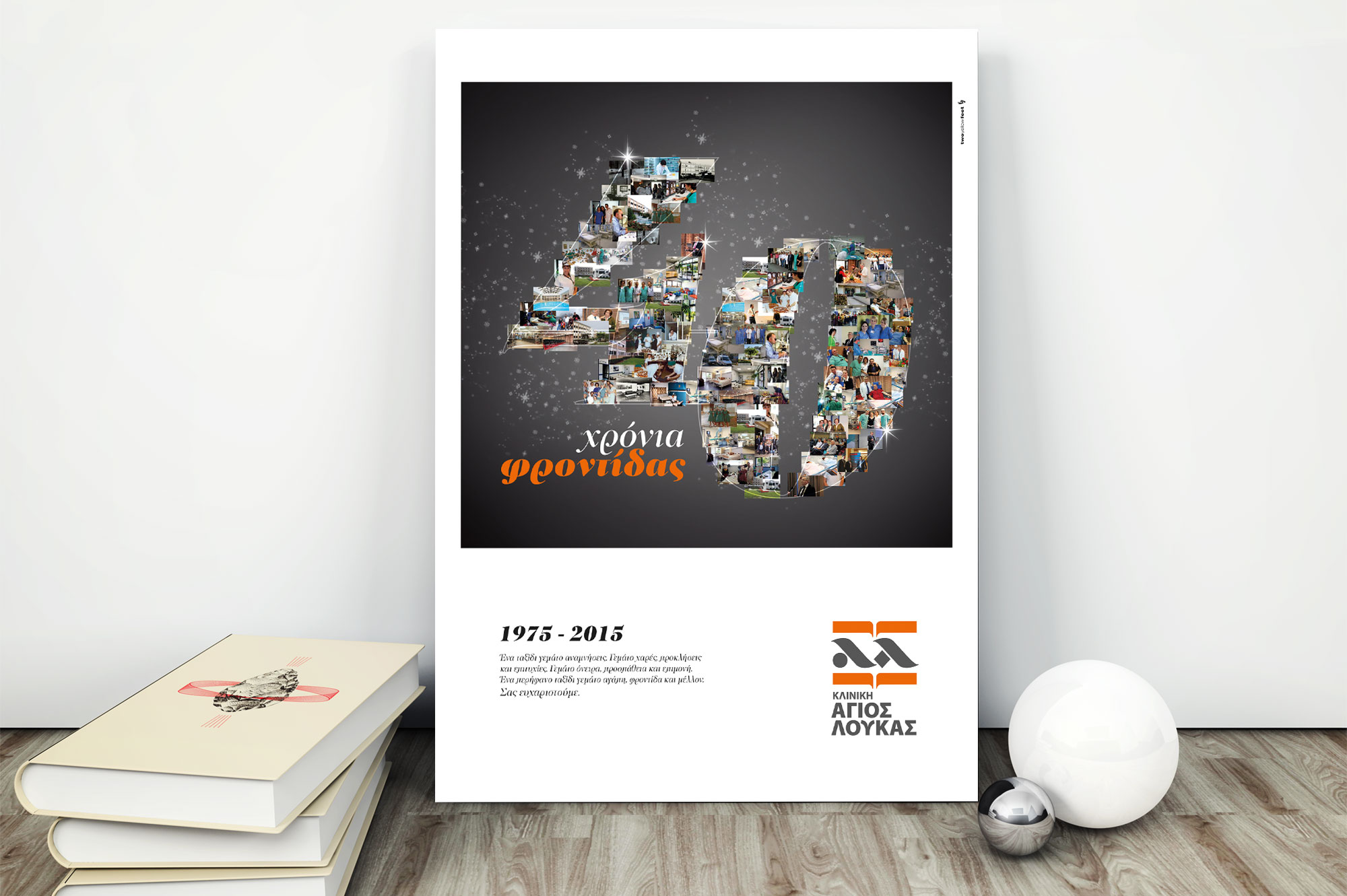 Naturally, throughout the year, we run various ad campaigns for the Hospital's several medical departments (like the Department of Gynecology & Obstetrics, the Pediatric Department and the Breast Clinic) ― both online and offline. 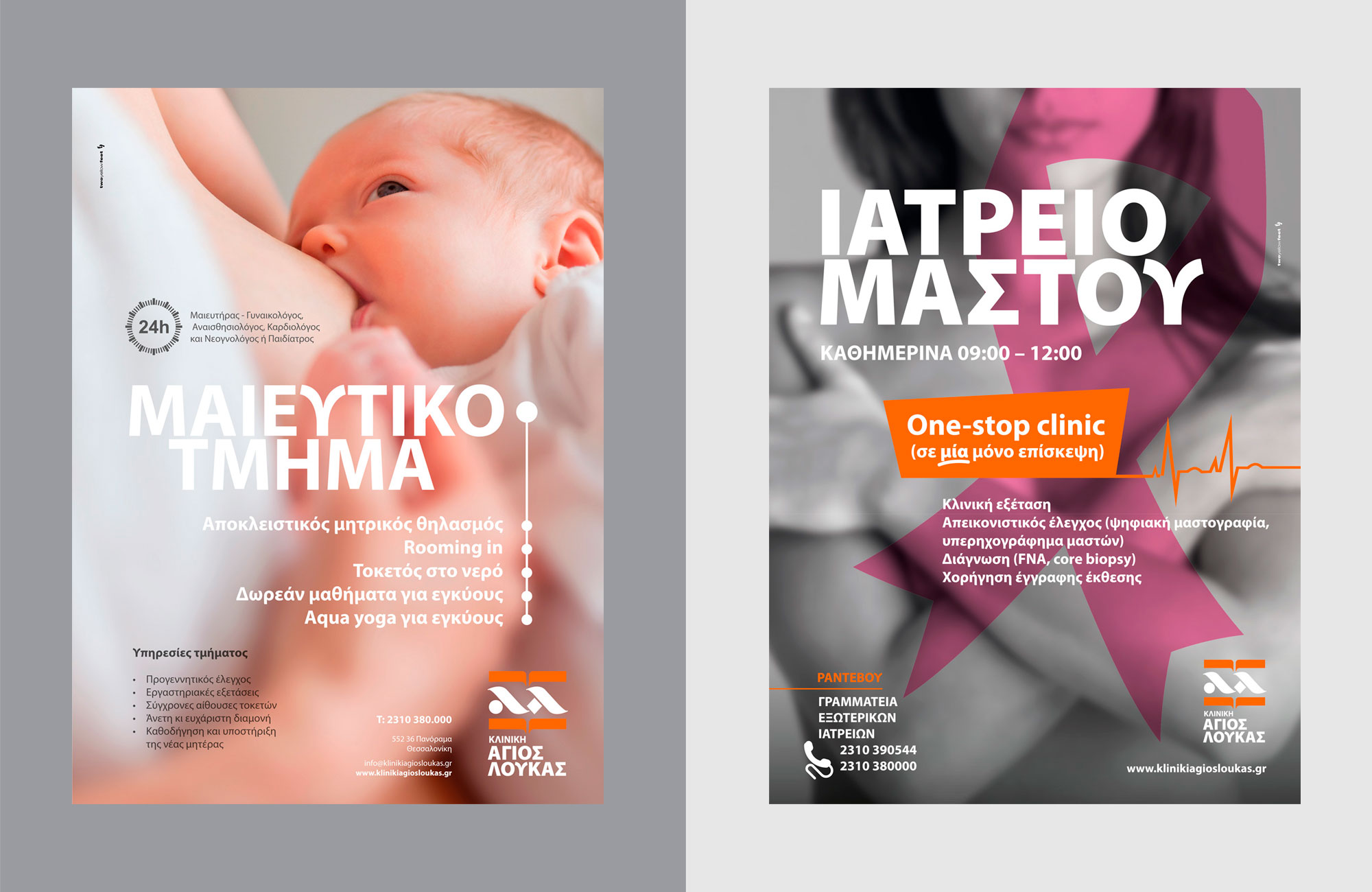 We take great pride in the fact that we stand by St Louke's Private Hospital's side, as a strategic branding partner who takes good care of them. We've been looking after their brand, year after year, with propositions, ideas, development and realisation, helping them stay consistent and coherent.

“In Two Yellow Feet, I found the ideal partner. All team members have professionalism, consistency and creativity. I'm very happy with the choice I made some years ago to work with them, and the outcome always keeps proving me right ever since!”

The Law of Success

Rebrand now, from chaos to clarity™

We are Two Yellow Feet, a strategic rebranding consultancy. We solve core identity problems for brands, infusing them with clarity, simplicity, and focus. We work with mid-sized companies that want to reposition for real, for success, and for good.