Thank you! Your submission has been received!
Oops! Something went wrong while submitting the form.

The brief that got everything started.

Escape rooms were the new game trend, and The Cue was the new player in town.

They came to us, looking to create a brand that evokes mystery, while remaining pop, simple and clear. They wanted it to be unique, smart and witty, just like their services and gaming concepts. 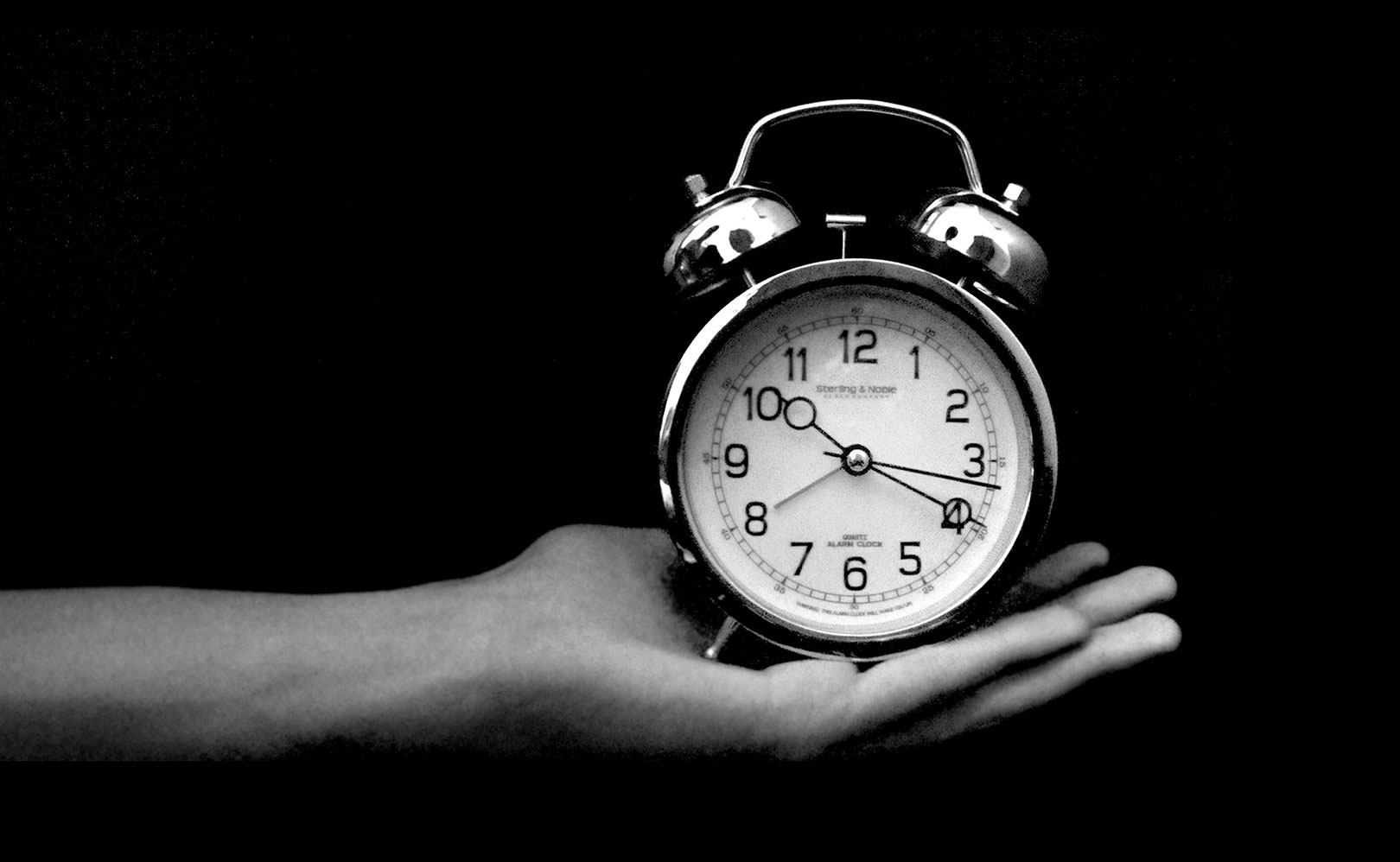 What we did to turn the project into a success.

Soon after interviewing the client, we came to realise that the brand's greatest keywords were mystery and intelligence. Quite obvious, right? Probably, yes. But these two words were more than genuinely vital to them; they were the essence of their brand philosophy.

And everything had to emit that very essence.

That's why, for their tagline, we came up with the ambiguous 'Play escape', which stands both as a verb and as an object ― depending on how one choses to perceive it. Same as it happens with facts in an escape game…

Since time is the defining element of the game itself, the logo design concept was based on the hourglass, a classic symbol of the speed of time. Nevertheless, we did not design the hourglass in much detail; rather we described it by the figure of the falling sand. It integrates with the first letter of the main word. And it defines it as drastically, like the 60 mins define the outcome of the game. 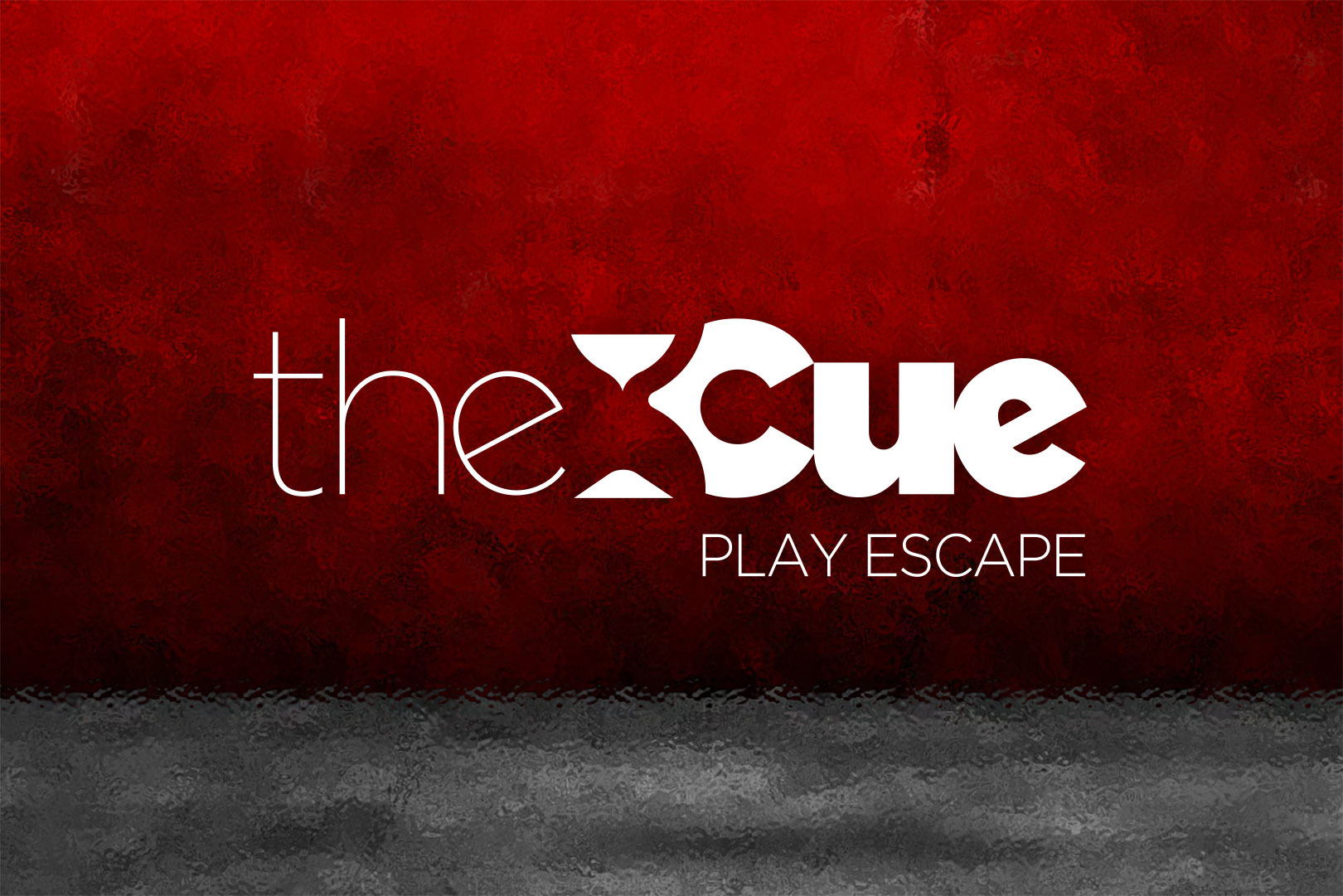 But we went even beyond that, hiding another element within the logo, making use of negative space. Like the client does in their escape rooms, hiding stuff. And you have to search for it ― in a second, or maybe a third, reading.

So? Have you seen the keyhole, already?

The creative brief for the website design was simple and clear: they needed a user-friendly and easy to navigate website, with a simple and comprehensive proprietary booking system ― that doesn’t look like a ready-made template ― with impressive elements and an intro page that separates the cities where their rooms were located.

So, for the intro page, we created a grunge video effect in dark bloody colours, that gets triggered on hovering upon each city’s button. Pretty impressive, right?

Moreover, we created a booking system so easy and simple, that the user needs no more than two clicks to make their booking. 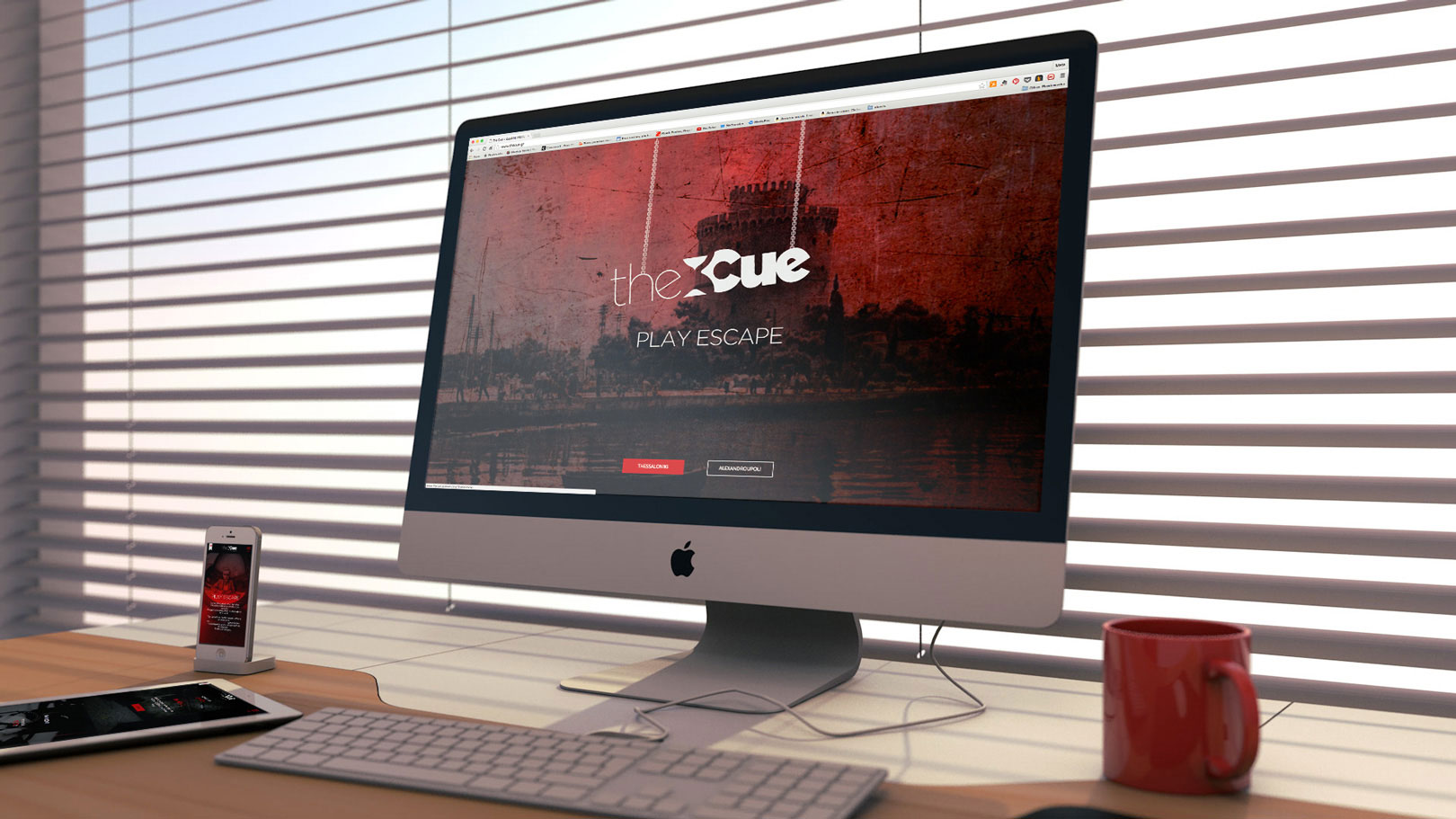 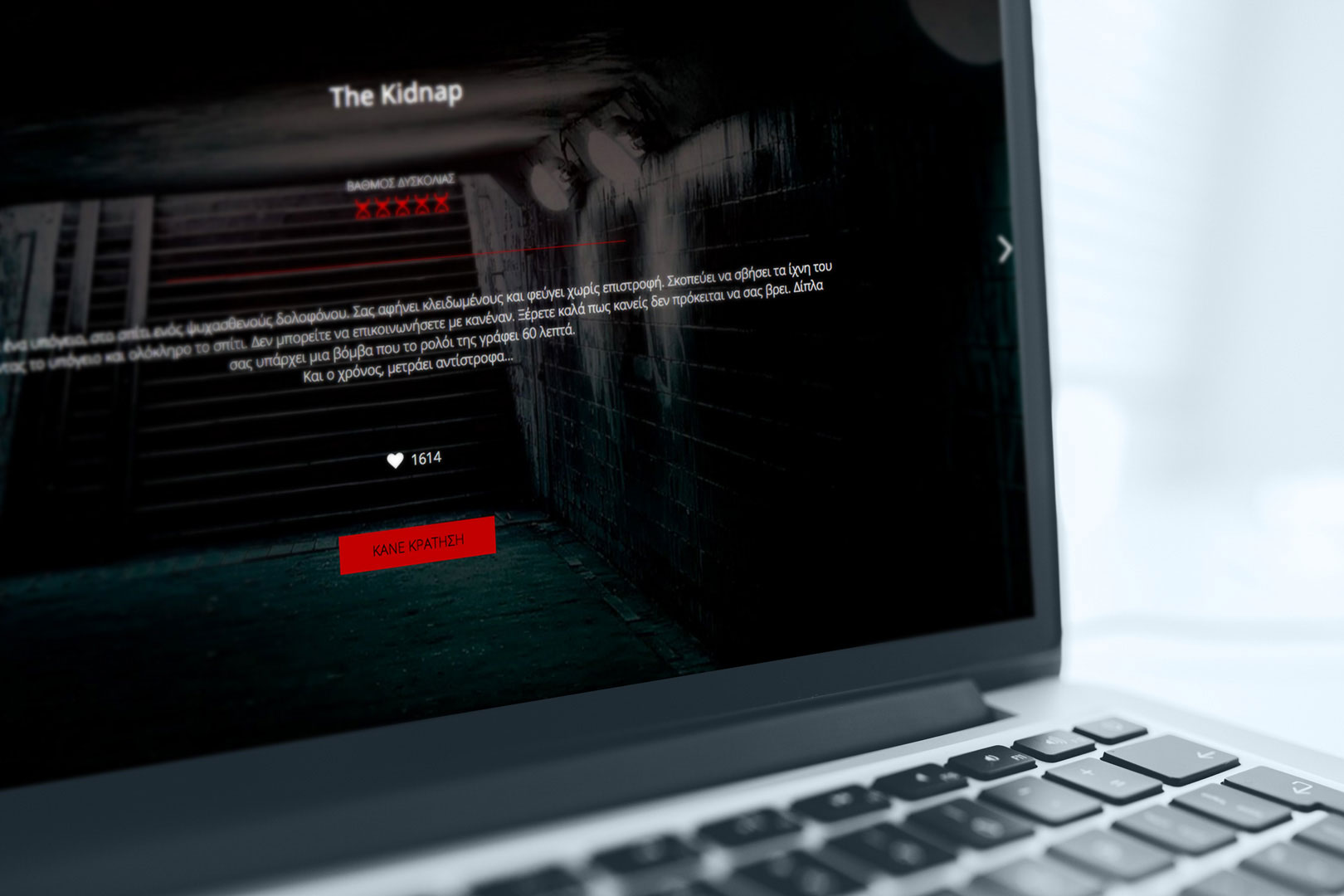 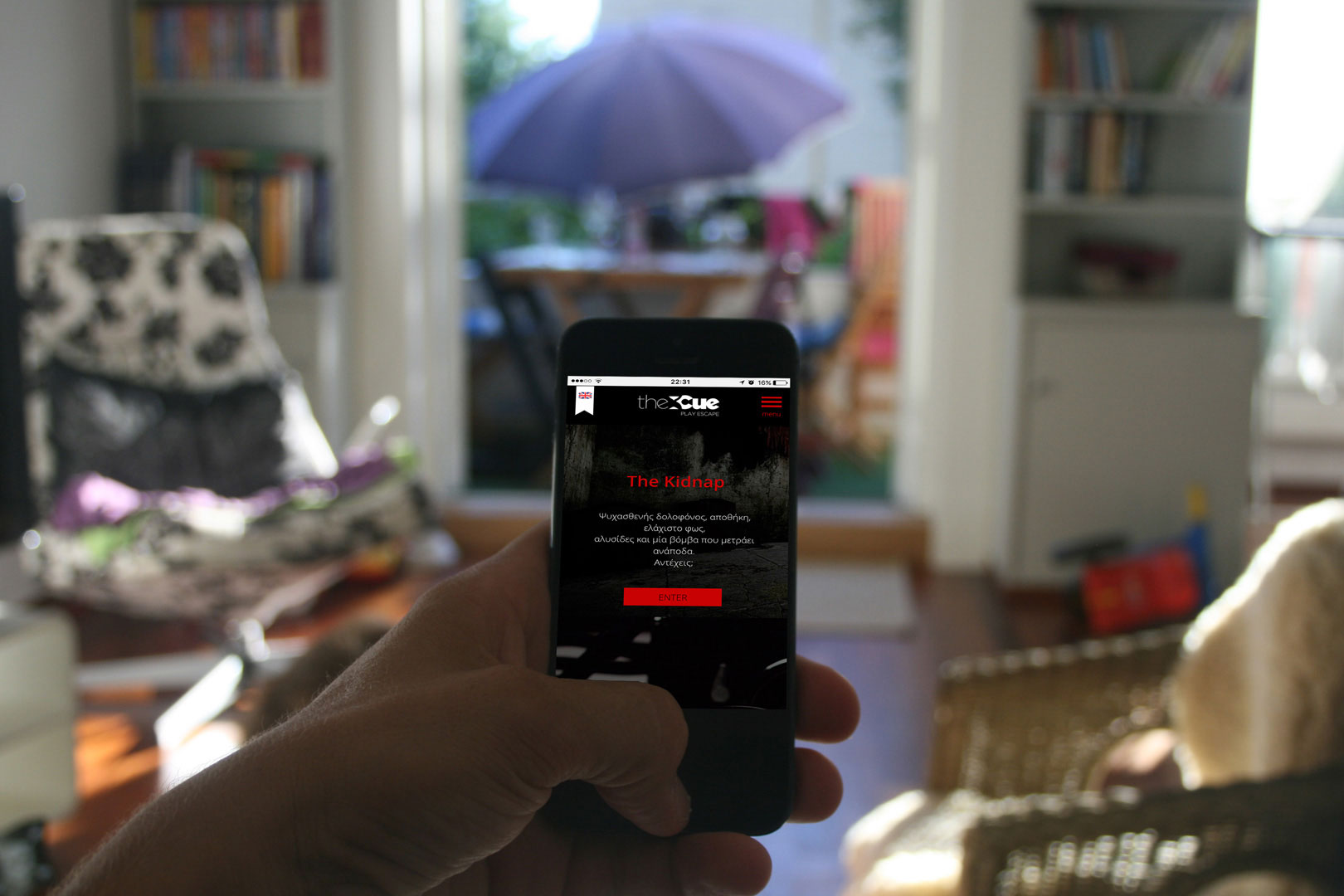 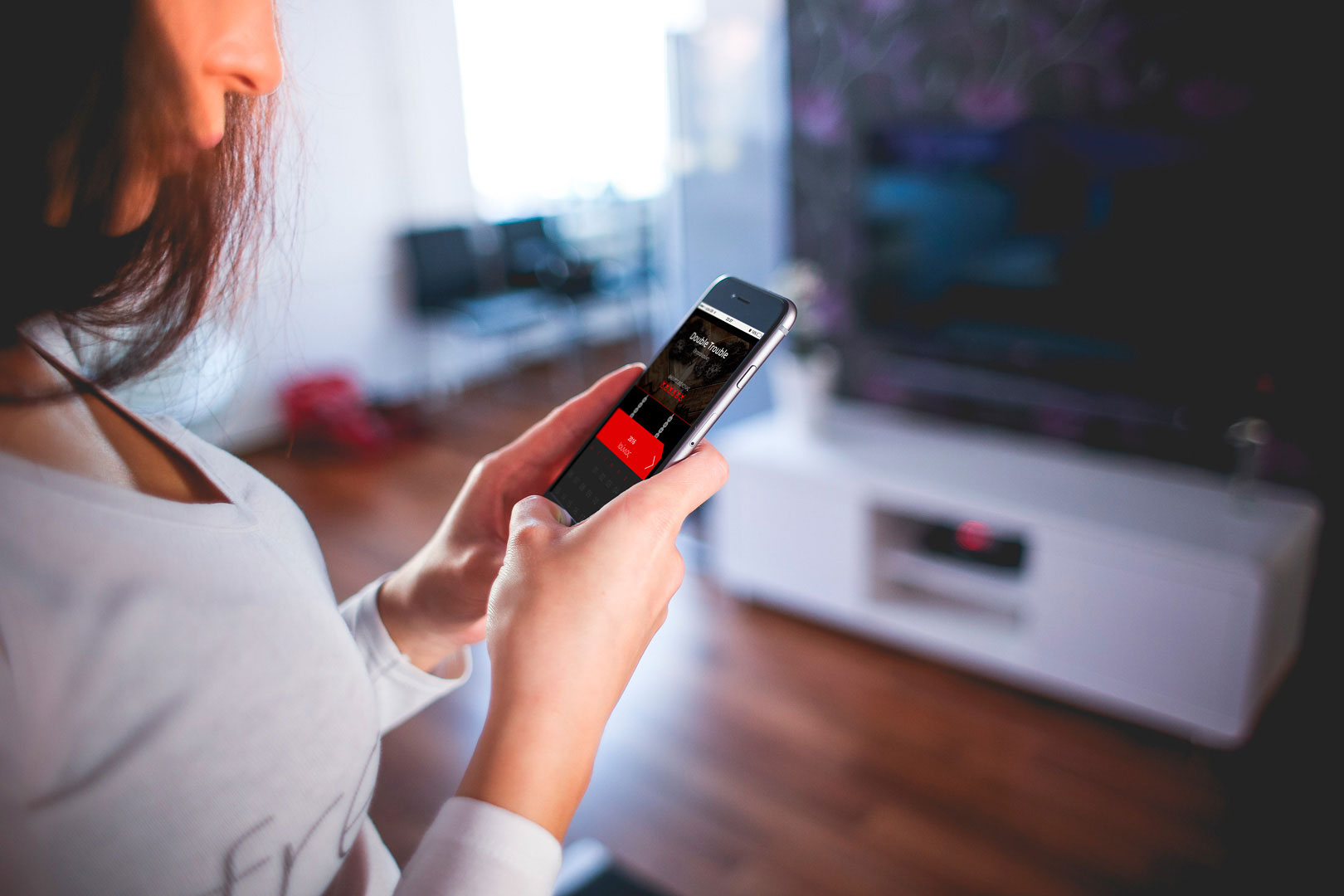 It was so important for a new brand like The Cue, to launch beautifully, concisely, and coherently. So, we really are very happy to help them set a distinctive mark on the gaming map. The brand image we created for them was well built and concise, while versatile and easy for them to use and maintain.

What greater setup for a startup brand to launch and differentiate itself amongst its competitors?

“Two Yellow Feet… What a funny name! Yet, exceptional people. Creative, kind, reliable, honest. But, most of all, ones who inspire you to leave everything in their hands.”

The Law of Success

Rebrand now, from chaos to clarity™

We are Two Yellow Feet, a strategic rebranding consultancy. We solve core identity problems for brands, infusing them with clarity, simplicity, and focus. We work with mid-sized companies that want to reposition for real, for success, and for good.